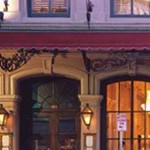 Excellent Eats in the Big Easy

I had heard New Orleans was all about food…one of my favorite TV shows, After Hours with Daniel Bouloud, spent part of a season in NOLA… but I was still surprised by the amazing restaurants a group of friends and I experienced last weekend. We had three very distinct and fantastic dining experiences. First off […] 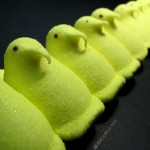 Have you ever noticed that multiples of almost anything makes for good design? Look at any of those Target ads where toilet paper and cleaning products multiply and form patterns conveying the idea that you go to Target for hip design (oh and cleaning products too). Repetition elevates the mundane into something more.  Take the Peep. […] 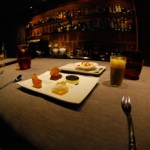 On a recent trip to Barcelona I discovered culinary nirvana in the very hip el Born district. After a full morning of Gaudi, my boyfriend and I slipped into Comerç 24 for a quick bite and were so impressed we had to come back for the full tasting menu several nights later. Comerç 24 is […]