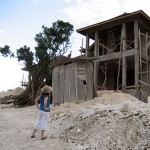 When I was on vacation last week, I indulged in one of my favorite guilty pleasures …the unauthorized house tour (credit for the name goes to my architect boyfriend). You know you’ve done it… waited until the contractors left and snuck into the new house being built down the street to see what your neighbors […]

On a recent trip to Barcelona I discovered culinary nirvana in the very hip el Born district. After a full morning of Gaudi, my boyfriend and I slipped into Comerç 24 for a quick bite and were so impressed we had to come back for the full tasting menu several nights later. Comerç 24 is […] 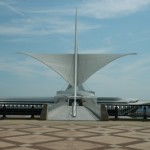 One of my favorite buildings in the States is in Milwaukee… yes.. I said Milwaukee.  I thought my architect boyfriend was nuts on a recent trip to Chicago when he suggested that we rent a car and drive a couple hours to Milwaukee to see a building. I had visions of Laverne and Shirley singing […]